Many individuals are unaware that oral health can affect other systemic conditions, such as sleep apnea. Unfortunately, this often includes traditional dentists, who tend to focus more on treating patients’ isolated dental conditions. In reality, appropriate sleep dentistry requires a strong understanding of the oral-health connection.

Sleep dentistry is available at 608 Family Dental in Sun Prairie and the surrounding area. Choosing a total health dentist may be what you need to ensure your overall well-being. Call us today at (608) 713-9418 to schedule an appointment or to learn more about our services.

Airway dentistry is an emerging branch of dentistry that focuses on a patient’s oral structure and how it affects breathing. Airway dentists search for signs of sleep-disordered breathing by searching for any abnormal oral development, such as tongue position, tooth wear, and extra tissues in the back of the throat. This form of dentistry can help diagnose and treat patients with upper airway resistance syndrome and various types of sleep apnea, especially obstructive sleep apnea.

Both upper airway resistance syndrome and obtrusive sleep apnea involve the relaxation of the throat’s soft tissue. This reduces the size of the airway, resulting in disturbed sleep and daytime impairment. Though airway obstruction symptoms depend on its exact cause, typical signs involve agitation, confusion, cyanosis (bluish-colored skin), difficulty breathing, gasping for air, panic, high-pitched breathing noises, and unconsciousness. Most sleep-disordered breathing is caused by resistance in the airway.

“Most sleep-disordered breathing is caused by resistance in the airway.”

There are several kinds of sleep apnea, but obstructive sleep apnea is the most common. In this condition, something blocks (or obstructs) part or all of the patient’s upper airway while they sleep. This forces the diaphragm and chest muscles to overcompensate to pull air into the lungs. As a result, the patient’s breathing may become very shallow or even briefly stop altogether. When the patient eventually begins to breathe again, they may experience a loud gasp, snort, or body jerk.

Since this condition is only observable to an outsider, many patients may mistakenly believe that they are only suffering from poor sleep. However, sleep apnea symptoms often take a toll on the mouth and jaw, making it possible for total health dentists to recognize the condition. Common signs of sleep apnea include worn tooth surfaces, receding gums, increased cavities, a small jaw, scalloped edges on the tongue, or redness in the throat. Dentists may recommend patients with these telltale signs to partake in a sleep study, as only medical doctors can make an official sleep apnea diagnosis.

“…symptoms of sleep apnea often take a toll on the mouth and jaw, making it possible for total health dentists to recognize the condition.”

There are several treatment options available for sleep apnea, including oral appliances. To use oral appliances, patients must first have impressions taken of their teeth and return for a fitting at a later appointment. Depending on their situation, some patients may need to undergo another sleep test while wearing the device to ensure that it is in working order. Since these devices do not require any electricity, they are relatively unobtrusive and travel-friendly. However, they may require further office visits for any necessary adjustments.

Patients who require more advanced treatment may want to consider continuous positive air pressure (CPAP) machines or surgery. As these treatments are more involved, they may require a referral to a sleep specialist. No matter how serious the case, 608 Family Dental can help patients determine the right treatment for them.

“There are several treatment options available for sleep apnea, including oral appliances.”

Check out what others are saying about our dental services on Yelp: How a Complete Health Dentist Treats Sleep Apnea in Sun Prairie, WI

Sleep apnea is one of the most well-known and most common sleep disorders affecting Americans today. Though its exact cause is still unknown, some experts argue that it should be classified as a systemic disease. This is due primarily to the undeniable presence of intense local and systemic inflammation and the various phenomena associated with the disorder (including modifications in the autonomic nervous system).

Furthermore, it is possible that obstructive sleep apnea may increase the risk of developing some features of metabolic syndrome. Metabolic syndrome refers to a cluster of cardiovascular risk factors. Patients with obstructive sleep apnea are already at an increased risk for vascular events, which have the highest morbidity and mortality rates of all associated complications. As such, it is safe to say that sleep apnea is often more serious than it first seems.

“…it is safe to say that sleep apnea is often more serious than it first seems.”

Questions Answered on This Page

Q. What is the difference between sleep apnea and other sleep disorders?

Virtually anybody can benefit from airway dentistry. If left untreated, airway-involved sleep disorders can have disastrous effects on a person’s oral health, feelings of restfulness, and overall well-being. An airway dentist can help look for signs of such disorders and, in mild to moderate cases of sleep apnea, help treat them with recommendations for lifestyle changes, oral devices, and referrals to specialists when necessary.

Sleep apnea can affect patients of any age, including children. Furthermore, of all pediatric physicians, dentists are most likely to identify the abnormal tonsil growth that often causes obstructive sleep apnea. Accordingly, regular dental checkups can help catch and treat children’s sleep apnea before it has the chance to become problematic. As obstructive sleep apnea often comes with significant developmental concerns, early detection is critical.

Q. How common is sleep apnea?

A. According to the American Sleep Apnea Association, sleep apnea affects over 20 million Americans. They also approximate that as much as 80% of moderate to severe cases of obtrusive sleep apnea are undiagnosed.

Q. Can sleep apnea be cured?

A. Unfortunately, as of yet, there is no known cure for sleep apnea. However, 608 Family Dental can help you minimize and manage its symptoms so that you can live a more comfortable life.

Q. Is snoring always a sign of sleep apnea?

A. No. Snoring is very common and can occur in anyone. However, if your snoring is severe enough to wake you from your sleep, it may be a sign of sleep apnea. Snoring associated with sleep apnea is generally louder, deeper, and more consistent than “normal” snoring. Those with sleep apnea may also experience choking, gasps, or pauses in between snores.

Q. Are there any risk factors associated with sleep apnea?

A. Approximately half of those affected by sleep apnea are overweight. Sleep apnea is more common in men than in women and in older persons than in younger persons. However, children with enlarged tonsils are also at risk.

A. At least one study has found that snoring runs in families. Though snoring is not a cause of sleep apnea, it is one of its key symptoms. Additionally, individuals may inherit narrow airways or be genetically predisposed to have excess tissues in the airway. As such, there is a hereditary component to sleep apnea.

By visiting us as soon as possible, our team can help get you the professional treatment you need. Instead of waiting around and allowing the symptoms to get worse, we can provide you with treatment options.


Let Us Help – Click for Directions to 608 Family Dental 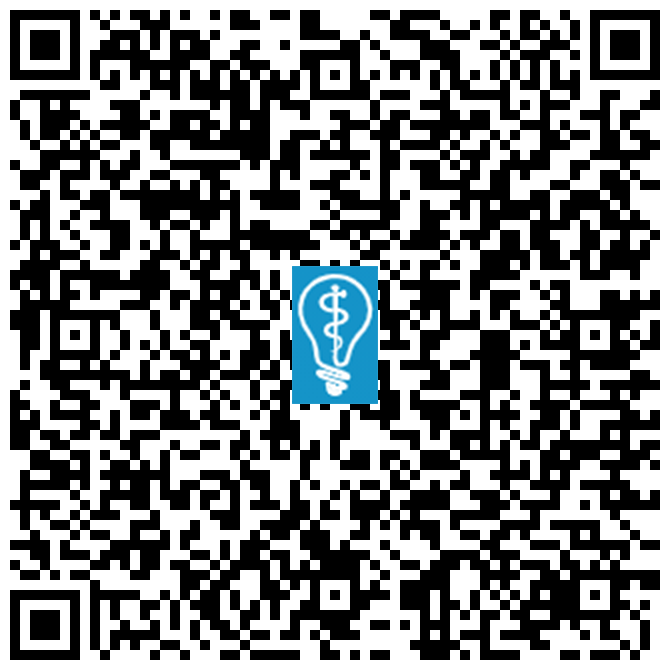 Scan here to view this page, How a Complete Health Dentist Treats Sleep Apnea, on mobile 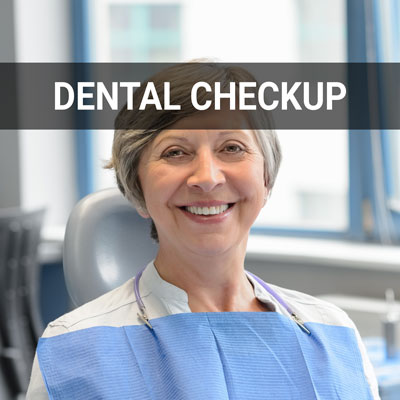 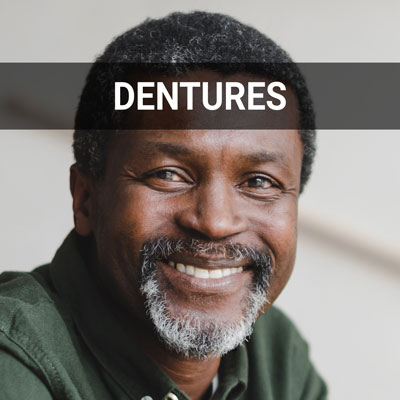 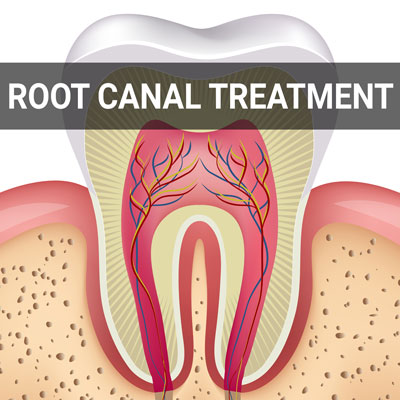 Central Sleep Apnea
Central sleep apnea is a breathing disorder the occurs when the breath starts and stops frequently while sleeping due to improper signals from the brain to the muscles that control breathing.
Continuous Positive Air Pressure
Continuous Positive Air Pressure is a treatment for obstructive sleep apnea. The patient wears a mask hooked up to a machine that uses mild air pressure to keep the patient’s airways open while they sleep.
Functional Dentistry
Functional dentistry involves a strong focus on identifying the root cause of oral health issues and not just treating the symptoms.
Mandibular Advancement Device
A mandibular advancement device is a mouth guard like device that is the most commonly used device for treating sleep apnea. They open the airway by temporarily moving the jaw and tongue forward.
Mixed Sleep Apnea
Mixed Sleep Apnea is a breathing disorder that is a combination of obstructive and central sleep apnea.
Obstructive Sleep Apnea
Obstructive sleep apnea is a condition in which the individual has difficulty breathing during sleep and experiences a variety of symptoms due to it, including loud snoring.
Orthognathic Surgery
Orthognathic surgery is also known as corrective jaw surgery that can help to correct any issues with the jaw including conditions such as sleep apnea and TMJ.
Sleep Apnea
Sleep apnea is a common condition in which the patient intermittently stops breathing in their sleep.
Sleep Apnea Dentist
A sleep dentist specializes in the treatment of sleep apnea. Sleep dentistry is the area of dentistry that focuses on treating sleep apnea, snoring and disordered breathing.
Tongue Retaining Device
A tongue retaining device works to keep the airway open by holding the tongue in place.

For many patients, airway dentistry is just what they need to put their sleep apnea issues to rest. We at 608 Family Dental may be able to help. Call us today at 608-713-9418 to schedule an appointment or to learn more about our services.

Scan here to open directions to 608 Family Dental on mobile 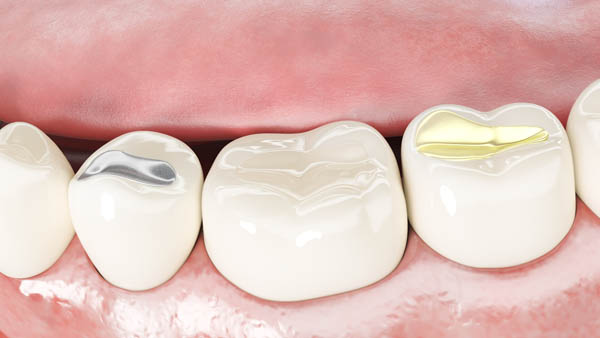 Composite fillings are a filling that is made from composite resin. This material is typically used to fill cavities in the mouth and can be used to replace amalgam or gold alloys. The benefits of using these fillings include the fact that they are almost always better than other filling materials because they do not…

First Steps To Deal With A Chipped Tooth

Have you recently chipped a tooth? Read on to learn what to do after chipping a tooth. Several factors may lead to a chipped tooth, including decay and, more often, impact. This may be caused by physical activity, auto accidents, or even consuming hard foods. Even with healthy teeth, chips are occasionally inevitable. If you… 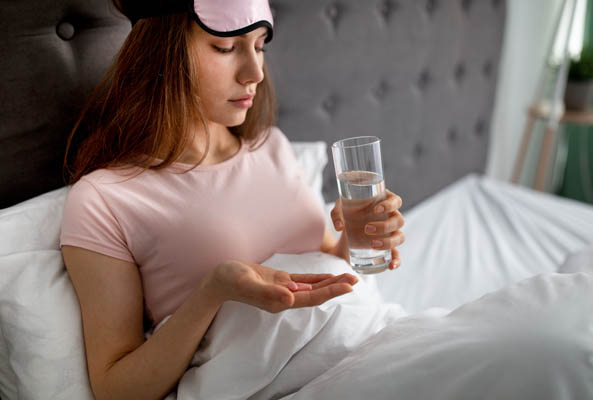 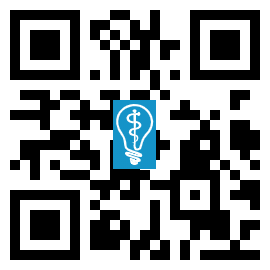